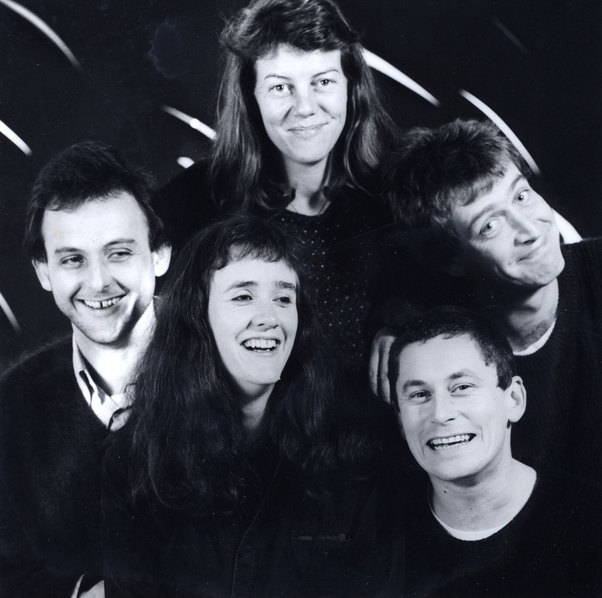 Able Tasmans was a New Zealand indie-rock group formed in 1984 in Whangarei (but then Auckland-based). They disbanded in 1996, with some band-members going on to other bands. The band went through a number of line-up and mood changes since they first surfaced in 1984 as a trio whammying things up for the kids on the dancefloor with a very '60s fun organ-bass-drums sound and songs with titles like 'Nelson the Cat?!!'. For over a decade, the Able Tasmans were one of the most-loved New Zealand bands around. While that love never translated into the commercial success sometimes associated with this level of adoration, their fans knew why they made music and responded accordingly. 'Nelson' was one of six songs which appeared on the Ables' 1985 debut EP for Flying Nun, 'The Tired Sun'. Recorded with thanks to "the marvels of modern steam recording" at Auckland's Progressive Studio over Easter, 1985, 'The Tired Sun' was a lively psych-out, admired for its strong singing and punchy upbeat feel The Ables released their first full-length album in 1987, 'A Cuppa Tea And A Lie Down', which remains their most eclectic recording to date. It was three years until a new Able Tasmans recording appeared on Flying Nun. Released in 1990, 'Hey Spinner!' was a denser album, with tunes that continued the Ables' curious line in lyrical kiwiana - a trend begun on the previous album, which had built local geography and custom into songs. 1992 saw the Able Tasmans entering the eighth year of their musical career and releasing their third full album for Flying Nun, 'Somebody Ate My Planet'. Their final album, 'Store in a Cool Place' was released in 1995. Band Members: Leslie Jonkers Peter Keen Graeme Humphreys Craig Mason Jane Dodd Ronald Young David Beniston